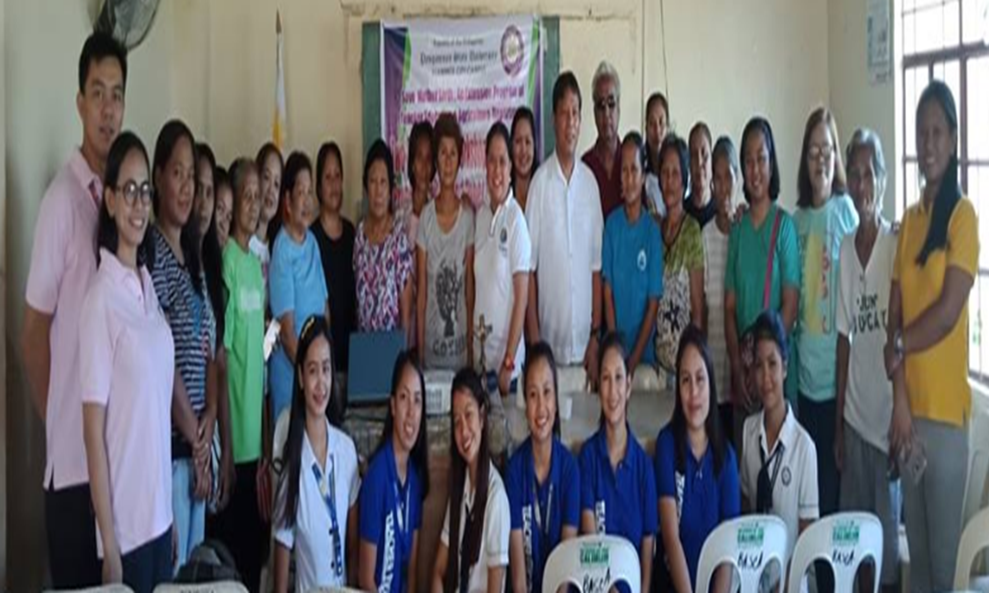 Recycling, reducing, and reusing are critical factors in saving Mother Earth. Hence, the group of Teacher Education under its Bachelor of Elementary Education (BEE) and Bachelor of Science in Agriculture (BSA) Programs conducted an extension activity last November 26-28, 2018, at Brgy. Bisococol, Alaminos City, Pangasinan. The participants of the said extension were the members of the 4P’s of the said barangay.

Anchored on BEED HELE Subject and       Extension subject of the Agriculture, the Two         Programs responded to the needs of the Adopted    Barangay. Highlights of the said activity include Grafting, Marcotting, Pruning, Paper Mache Making, and Emergency Preparedness. Campus Executive  Director, Dr. Armando D. Junio, headed the said event and thanked all the participants for embracing the   extension activities of Pangasinan State University – Alaminos City Campus (PSU-ACC). Moreso, he was grateful to the attendees for the two-day activities   despite the power interruption on the second day.

Meanwhile, the Extension Coordinator, Dr. Jocelyn S. De Vera, encouraged everybody to make the paper mache using recyclable materials. Some  residents of the barangay also responded to the call of the activity.

Punong Barangay Bernardino Humilde has once again expressed his gratitude to the PSU-ACC Extension Unit for their continuous help to the community. Humilde said that the things they learned from the previous extension activities were now practiced by some of his ka-barangay, like the vermicomposting. While for paper, plastic recycling has been started by some members to improve the façade of the schools.