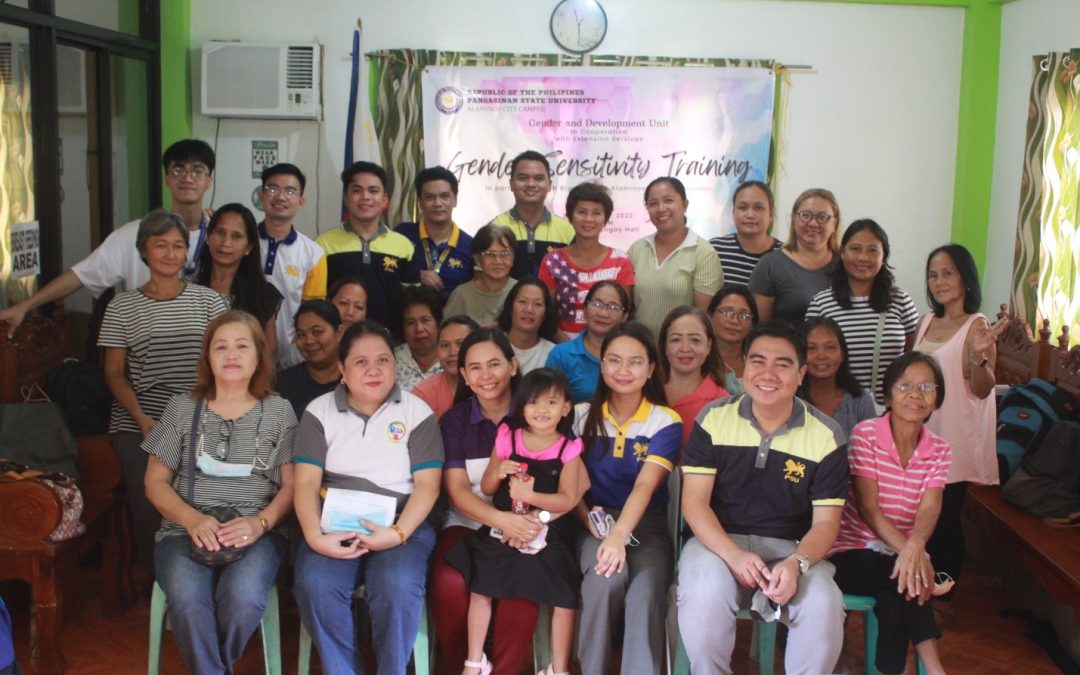 The Gender and Development Office, led by Ms. Zarah Annudin conducts a Gender Sensitivity Orientation in Barangay Bisocol on September 6, 2022. The group of Ms. Annudin together with Dr. Jocelyn De Vera communicated this activity to Punong Barangay Bernardino Humilde and the members of the KALIPI. This program seeks to foster openness in Understanding gender and development among men and women in the chosen barangay, promote equal opportunities and active involvement of men and women in the community, and raise awareness of crucial GAD-related legislation and ideas.
The program started with the preliminaries at 8:30 in the morning, followed by the talk of Dr. Ellen Grace Ugalde. She covered several topics, including the distinctions between sex and gender. In addition, she has emphasized that sex applies to the physical aspects of a woman’s and man’s bodies. Simultaneously, gender is determined and portrayed based on a person’s surroundings. During the open conversation about gender roles, masculinity, femininity, patriarchy, gender-based violence, and sexual harassment, the level of discourse increased, the attendees engaged enthusiastically and contributed their experiences and expertise about these themes. Dr. Ugalde stated that understanding gender is crucial, particularly for comprehending the people around us. It examines how social norms and power structures influence the lives and possibilities of various groups of men and women. Promote equality and mutual respect in our community.
Gender and Social Construction is the second topic that was discussed by Mr. Brandy Celino, the guidance counselor of PSU-ACC. He has mentioned that gender and social construction include norms, behaviors, roles associated with being a woman, man, girl, or boy, and relationships with each other. As a social construct, gender varies from society to society and can change over time. The topic is also related to the discussion of Dr. Ugalde. Moreover, in the discussion, Mr. Celino emphasized the different ways to create a gender bias-free home. He mentioned the following:
• Check your own biases;
• Have open discussions at home about the way chores are divided up;
• Ask children for their feedback about these family practices;
• Provide children of both genders with books and movies that feature nontraditional gender roles; and
• Encourage kids to try all extracurricular activities and discuss why they might feel more comfortable in some pastimes than others.
With the conducted activity, the participants were informed regarding the importance of gender sensitivity in the society. The next part of the program is the giving of certificates to the speakers as well as to the adopted Barangay. Barangay Captain Humilde also expressed his gratitude to PSU-ACC for always supporting them and considering them in every project.
Indeed, this activity reflects Pangasinan State University’s aim to promote to develop gender-sensitive, highly principled, morally upright, innovative, and globally competent women and men capable of meeting the needs of the industry, public service, and civil society through Gender-responsive instruction, research, extension, and production commits.
This activity is simply the beginning of fostering an atmosphere that is gender-responsive and compassionate. 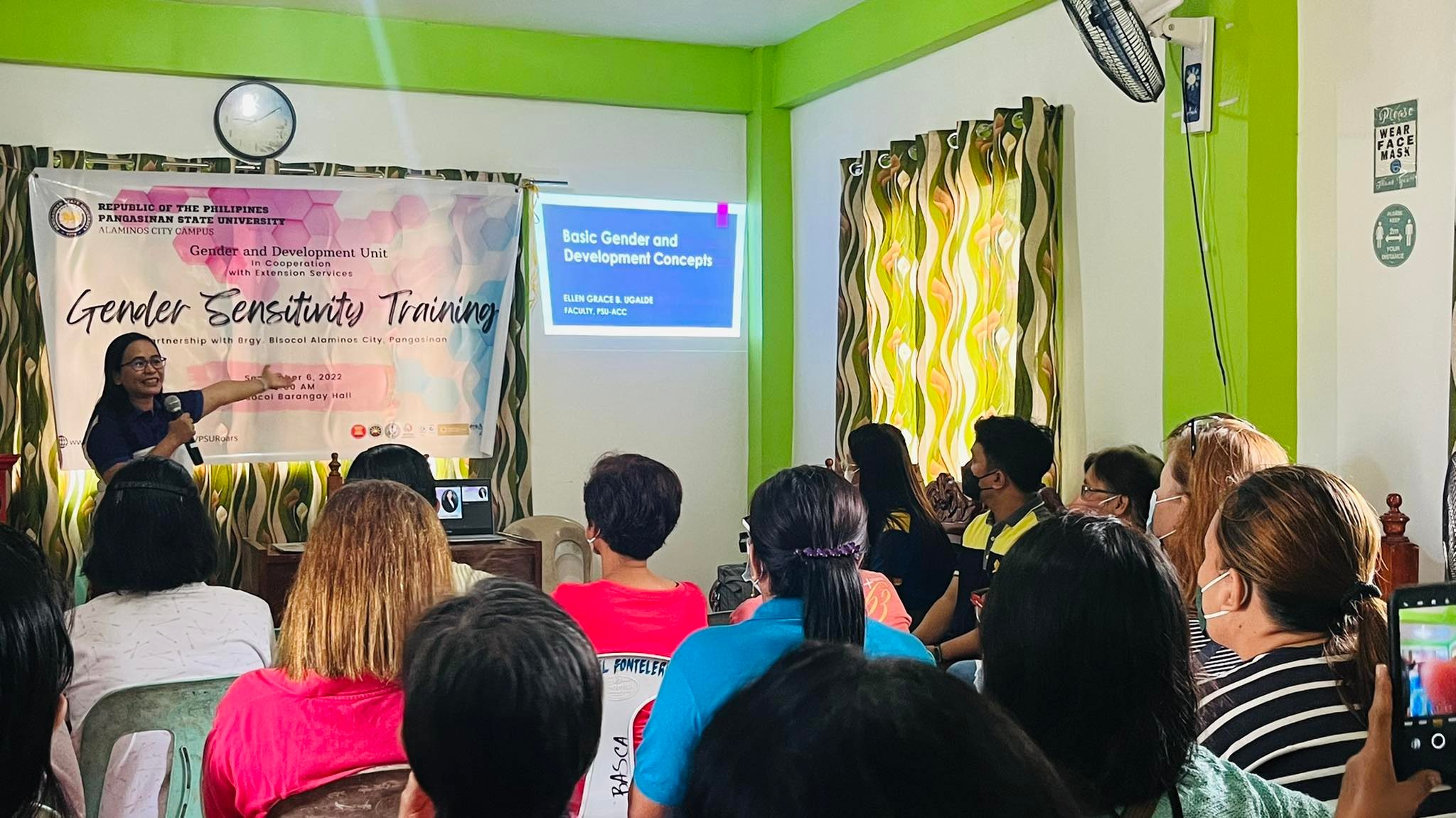